Earlier today, the husband and I were planning to have lunch outside. Since its the weekend my laziness level went up high. Instead of preparing to go out, I dived into the bed and prepare myself for my early afternoon nap. 🙂 Being the good guy he is, he just let me do what I want, after all I woke up earlier than the usual and prep his requested breakfast. 😀

Since I slept without having lunch my stomach began to complain, so I woke up after an hour of slumber. I told the husband we should prepare to go out, after an hour were both ready to leave. But then the skies were so dark, I know in a minute or so the rain will start pouring. I was hesitant to go out by then. The husband told me we should go since were just heading to the mall, so its okay even if it will rain.

Fast forward, after we ate, we decided to go out of the mall and stroll outside. It was still drizzling, so its impossible for us to walk around. But then, I saw few people taking out their phones and point it to the sky, its as if they were talking photos. Being the curious cat, I went near them and checked it myself. I had the biggest surprise, their was a RAINBOW!!! 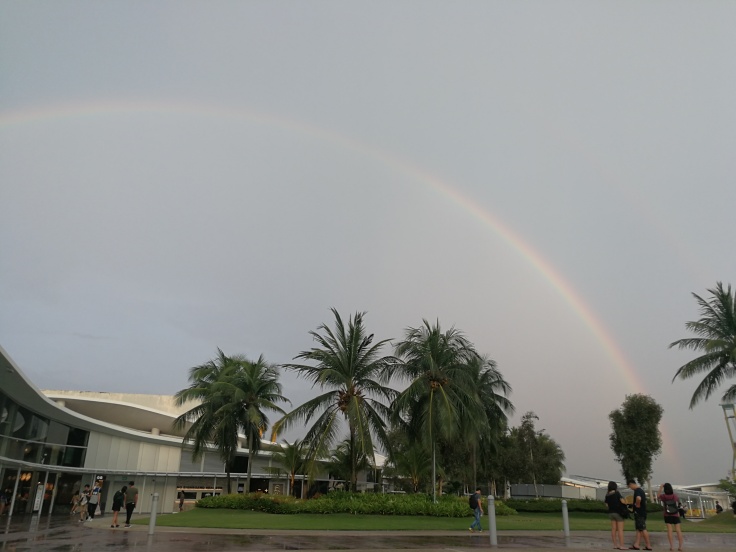 After I took one photo, I called the husband and asked him to join me, and of course took a photo of me with the rainbow from the afar :), but I wouldn’t be posting it here. 😛 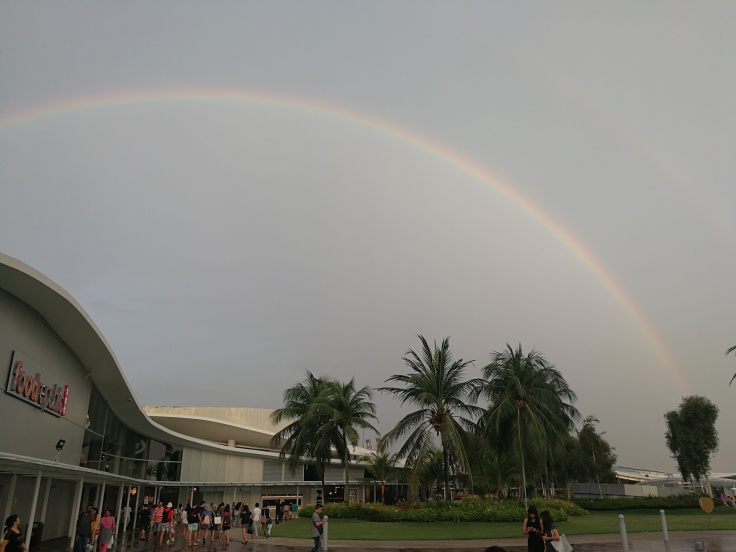 After few shots, I decided to put away my phone and just stare at the Rainbow, admiring its beauty. And I realised, I can’t remember when was the last time I saw a Rainbow?

And oh, is it true that at the end of the rainbow, their is a pot of gold? 😀

“Do not go where the path may lead. Go instead where there is no path and leave a trail.”

A compilation of my favourite Chill Music. :)